Is it mandatory for the bowler to say his guard to the umpire before he starts bowling?

Exactly not, there is no rule or any mandatory for the bowler to go near the umpire and say, “ How he is going to bowl” like he’s going to bowl leg spin, off spin or any thing else. Just the bowler can bowl what ever he wants without any factor of umpire.

Infact the bowler himself respectively can go near to the umpire and intimate his guard, and even if the bowler doesn’t tell his guard, the umpire himself should reach the bowler and ask him the guard. But, in no way “ whatever the delivery is bowled by the bowler will not be given as “No-Ball” at all by the field umpires. 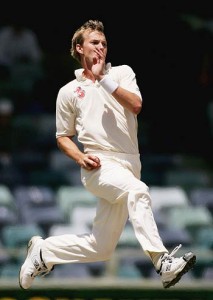 Whether a bowler is allowed to bowl both spin and fast in a same match and in a same over?

Absolutely yes, the bowler can bowl whatever he wants whether it is a spin or fast or any type of bowling of his own choice in the same match and also in same over.

Depending on fielding positions, bowler’s run-up, bowling action the batsman has to decide himself what kind of bowling it is and then play.

And at the end of the day the bowler can bowl both spin or fast or any type of bowling of his own choice not only in the same match but also in the same over.

2 responses to “Bowling Guards in Cricket”