Types of Pitches in Cricket

Generally we have two types of cricket pitches. They are slow pitches and fast pitches.

The slow cricket pitches are defined or can be scripted in this way ” if a ball pitches in short length or little bit in good length such that if the difference of releasing speed of the ball and when the ball just hits the bat is more than the 20kmph then it is a good slower pitch “.

Similarly the fast cricket pitches can be scripted in this way ” if a ball pitches in short length or little bit in good length such that if the difference between the releasing speeds of the ball and when the ball just hits the bat is less than the 20kmph then it is a good pitch “.

And if the difference of speed of the ball is even lesser than 15kmph then they are deadly good fast pitches.

You can say it as a dead cricket pitch.

The cricket pitch at WACA is as hard as, you can compare it with a smooth hard cement turf.

The bounce at WACA is probably is more compared to other cricket pitches in Australia and even may be other parts of the world. And the bounce at WACA is in such a way that even if the ball pitches little bit in fuller length the batsman feels difficult playing the ball on his front foot. Most of the times every ball at WACA makes the batsman to play on the back foot.

Generally at WACA every ball most of the times after pitching zips away from the face or shoulders with fast and furious. 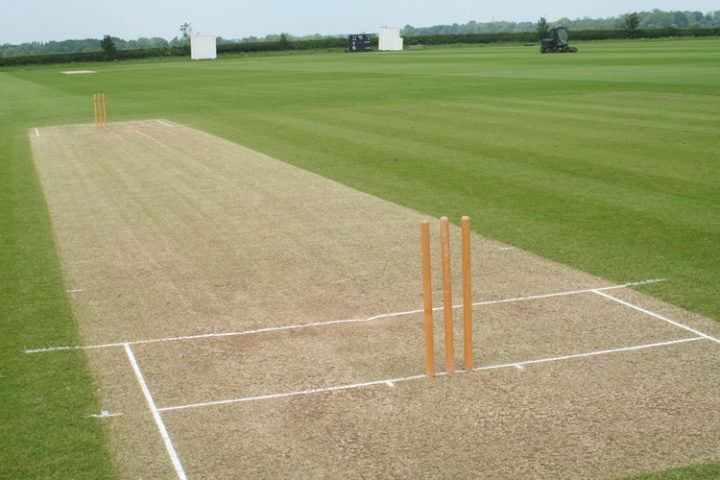 The great VVS.Laxman always enjoyed batting on fast and bouncy tracks. Because of his old traditional classical style of batting and his wristy work he plays every shot with exquisite timing with out making much effort.

He always enjoyed batting on Australian pitches and scored massive runs. Unlike the modern batsman who depends on power playing VVS.Laxman used to depend on his timing the ball and made to look so easy, freaky and simple on these fast and bouncy pitches.

Feroz shah kotla (New Delhi), Eden Gardens (Kolkata), Wankhade (Mumbai), Chinna swamy (Bangalore) what ever it may be nearly every pitch in subcontinent is a slow pitch.

But some of the pitches like at Mohali, Chandigarh and other places are little bit fast, skiddy, bouncy and grassy. It’s a rare case.

The reason why these pitches are slow is simple. Because of high temperatures, hot humid climatic conditions the soil becomes dry, loses most of its moisture and not only losing its moisture after that scenario as the temperature goes on increasing the pitch (soil) starts sweating and loses completely whatever the remaining juice is present in it.

At the end of the day it becomes a dead pitch.

Generally on these slow pitches most of the times every ball after pitching slows down and also makes the batsman to play every ball so lately.

And also most of the bowlers will make sure that they always pitch the ball little bit fuller in length because if they pitch the ball in short length or even some times in good length the batsman gets ample of time to pull the ball or can smash the ball powerfully for a four or six.

SWING OF THE BALL